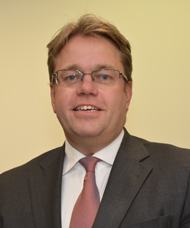 Member of the Advisory Board

Chris is a UK Chartered Accountant and has worked in CEE since 1990 with periods of residence in Prague, Bratislava, Sofia, Istanbul and Belgrade. He has always focussed on corporate finance and infrastructure deals with considerable experience in privatisation, private sector, PE and multilaterals on both buy and sell-side roles.

Before returning to Belgrade in an independent capacity in 2010 he was M+A leader for PwC across CEE so lead an integrated team covering 27 countries which topped the EuroMoney mid-market league tables for several years. He has completed deals valued at over Euro4bn.

Chris is a non-executive Director of two companies in Vojvodina, and is a founding shareholder in two UK-based healthcare start-ups. On a voluntary basis Chris is on the Boards of the Serbian Private Equity Association, the British Serbian Chamber of Commerce and a Governor of a large school charity in the UK. He is married with 3 teenagers and in recent years has completed treks to Everest Base Camp and summited Mt Kilimanjaro, he is presently negotiating with his wife about the next adventure!
Back